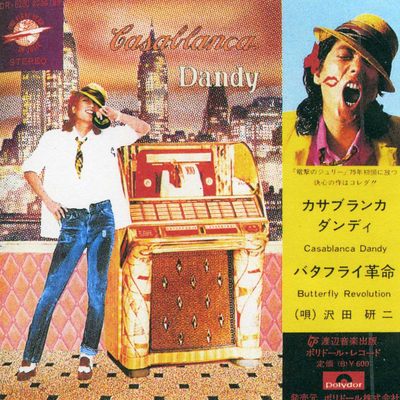 Aku Yuu is maybe the greatest postwar lyricist in Japan . After working for an advertising firm, he made his songwriting debut in 1967 and quickly established himself as a writer of hit songs for enka, pop, and anime. He was often a judge on musical talent shows and helped launch the careers of the biggest names in the Golden Age of idol singers, including Pink Lady, Yamaguchi Momoe and Sakurada Junko. The combined sales of singles he penned reached almost 70 million !


From the same artist :